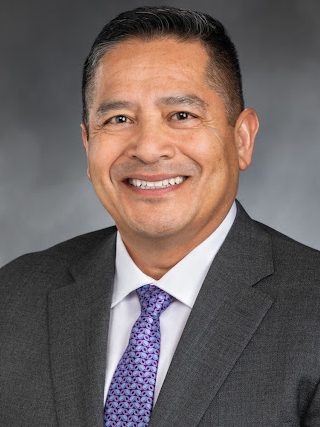 Initially appointed, Alex Ybarra was later elected in 2019 as the state representative for the 13th District, which includes Lincoln and Kittitas counties and parts of Grant and Yakima counties.

Alex’s legislative priorities include protecting taxpayers, amply funding schools, creating more family-wage jobs, finding solutions to water issues, and supporting agriculture. He is a powerful advocate for economic growth and wants to see more doors of opportunity opened to the residents of the communities he serves.

Alex is the ranking member on the House Education Committee, and also serves on the House Civil Rights and Judiciary, and Health Care and Wellness committees. Although deeply committed to civil debate and willing to work across the aisle, he remains true to his conservative roots.

Alex graduated from Central Washington University with a Bachelor of Science in mathematics and also holds an MBA from the University of Phoenix. He spent 14 years working for the Rocket Research Company as an engineer for military and aerospace products, 16 years working for Grant County Public Utility District in various leadership and analyst roles, and is currently employed by the Center for Sustainable Infrastructure.

Alex has worked on several legislative task forces and state commissions, including his 2016 appointment by the governor to the state commission on Hispanic Affairs. Active in his community, Alex is the former director of the Quincy School Board and also served as the vice president of the Washington State School Directors Association.

Alex is a lifelong resident of Quincy. His daughter, Micaela, is a graduate of BYU in Utah.