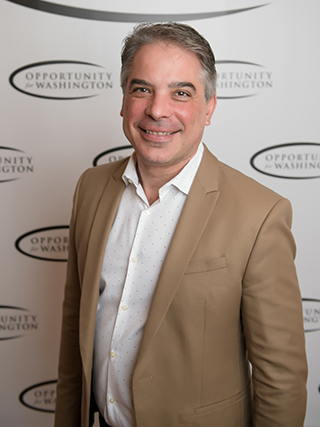 Everywhere he has been, Dr. Raul Garcia has made change. His love to start and change organizations, healthcare, hospitals, communities, and people’s attitude towards the positive future of this great country of ours, continues every day. He is also very proud and committed to spend time being a father of five children and a husband to his wonderful wife, Jessica.

Dr. Garcia has a distinguished history of successful academia and leadership. Born in Pinar del Rio, Cuba, Dr. Garcia emigrated to the United States at the age of eleven. He came to the U.S. after living in Madrid, Spain and settled in Miami, Florida. He is a proud graduate of Miami Senior High School and the University of Miami where he graduated with a Bachelor of Science degree in Microbiology/ Immunology. Dr. Garcia still found time during his college years to work as a Legislative Assistant at the Washington D.C. Offices of now late and great American icon Senator Bob Dole.

Dr. Garcia’s involvement in his profession as a national leader began as a student and has continued through his career until the present. He has received numerous awards for his accomplishments at each level of his career inclusive of National Student of the Year, National Outstanding Resident of the Year, National Emerging Leader Award, Finalist as National Physician of the Year, and Mentor of the Year. He has held many national executive positions in Boards, Bureaus, and Committees. Dr. Garcia has been a pioneer in helping create and organize local and national organizations. He has led international seminars and has met with European Parliament to educate them about aspects of American Healthcare. Dr Garcia is fluent in Spanish and Portuguese.

Dr. Garcia has been an Emergency Medicine Attending Physician and Director at Level 1,2,3, and 4 Trauma Centers, Cardiac, and Stroke Centers. He has served as medical advisor to both, TV and Radio Networks throughout his career. Dr. Garcia was featured in the internationally acclaimed BBC Discovery Channel Mini-Series “Bronx 911, Life in the ER.” He has also practiced concierge medicine.

Dr. Garcia is an international speaker and he has given extensive lectures in the field of Graduate Medical Education. He has also lectured on Emergency Medicine and Osteopathic Practices and Principles. His other speaking topics have been Cultural Competency in treating the Hispanic patient, in Emergency Department Management, in International Emergency Medicine, in Medical Errors, in Controlled Substance Abuse, in Alcohol Abuse, in Domestic Violence, in Medical Contracts, and lately in the Covid Pandemic.

Dr. Raul Garcia is a Health Policy Fellow as well as a Fellow of the American College of Emergency Physicians, an organization he sits on the Board of, and Fellow of the American College of Osteopathic Emergency Physicians. He has been the founding Assistant Deans of two Medical Colleges and continues today as the Director of Emergency Departments in the State of Washington. He is a small business owner of his own private medical practice. He has led numerous community service activities for our kids, battered women, human trafficking, homeless, and first responders.

In 2020, Dr Garcia commenced his aspirations as a public servant when he announced his candidacy for the office of Governor of his beloved state of Washington. Dr. Garcia would say that it was the best decision that he and his wife Jessica have made in their lives realizing the need for fresh leadership to a political world that has failed in many ways. Although Dr. Garcia did not win the Gubernatorial primary race in 2020, his passion to help and improve WA State continues. He has a Facebook page named Dr. Garcia for Washington where he discusses many current and important issues in the State. He continued to be at the forefront of the Covid 19 pandemic as an emergency physician and as a speaker of science and research, as an immunologist. He has become involved in the Boards of Concerned Tax Payers, Safe Yakima, and Washington Business Solutions. He gave weekly updates on the Pandemic and the political atmosphere in WA State. He was instrumental in forming the Partnership for Food Security organization that has educated the state about the pandemic and that has now vaccinated over 600,000 people.